Renowned author Arnon Grunberg spends his 25th anniversary as a New Yorker amidst a roaring global pandemic, months of civil unrest and an upcoming historic election. Previously he has decided to apply for American citizenship. Now he is – in his own inimitable way – wondering if that was a smart idea.

Ten episodes about Grunberg's views on assimilation, immigration, religion, health care, and many more. Our company Bureau NY created & produced this series as a co-production with the Dutch Broadcaster VPRO. 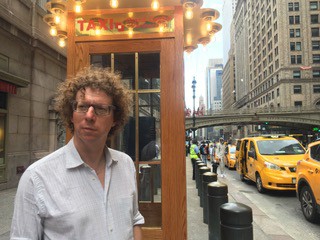